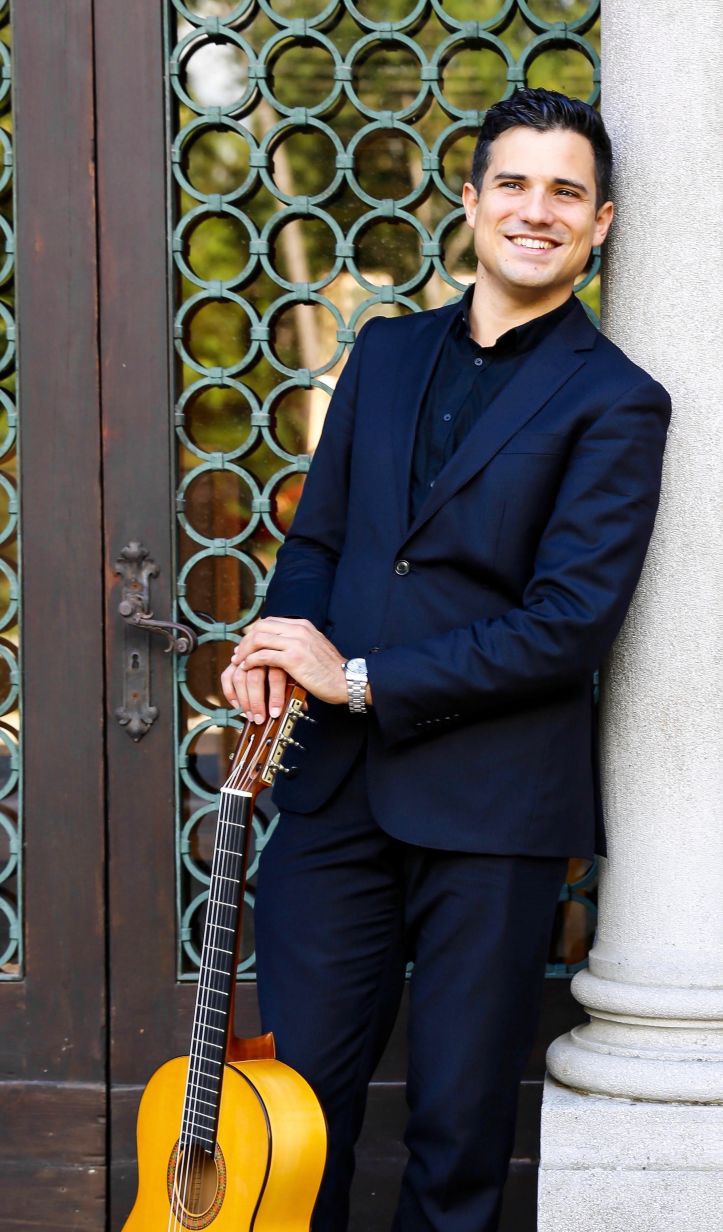 is a guitarist, teacher, composer and arranger.

He studied at the Conservatory in Udine – where he graduatet in classical guitar with honors in 2004 – and in Trieste where he also studied composition, musical direction and music education (2009)

As a solo guitarist he won prices by participating in both national 0nd international competitions:

– third prize at the “International Competition for Young Instrumentalists” of Povoletto (UD),

He has played in France, United States, United Kingdom, Italy and regularly performs in solo recitals and chamber ensembles.

In 2017 he decided to deepen his studies on musical interpretation and guitar literature with Maestro Stefano Viola at the “J.Tomadini” Conservatory of

Udine. From 2017 he embarked on an artistic partnership with the Russian opera singer Liliia Kolosova with whom she formed a duo.

He teaches guitar and music theory in various public and private music schools and, since 2010, is a guitar teacher in middle school music (Castelfranco Veneto 2009/2011, Conegliano 2011/2016, Cividale del Friuli 2016 / today)